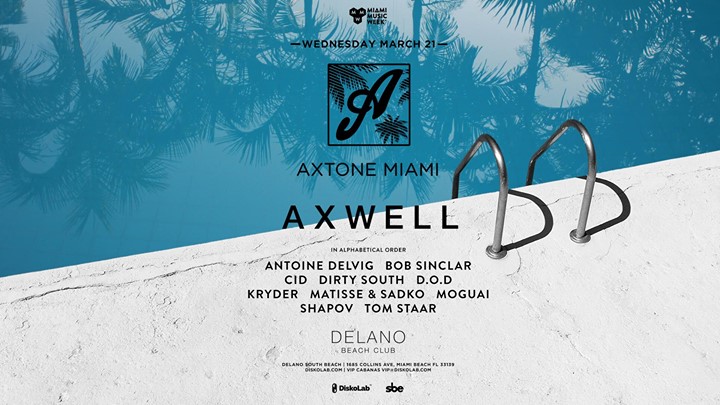 House music has come a long way since its inception.  It started off with underground scenes in Detroit and Chicago with what we have come to know today as Deep House and Techno.  It then made it’s way to New York to the infamous and now defunct super clubs  Limelight, Soundfactory, Palladium and Roxy. DJ Hero’s  that led the way were names like Danny Tanaglia, Jonathan Peters, DJ Boris to name a few.  Then came Tiesto, Paul Van Dyke, Deep Dish and Paul Oakenfold who were the veterans that catapulted the genre to the next generation and as they were peaking, guys like Bob Sinclar and David Guetta began to make their influence in the industry.  The EDM scene (the term ‘EDM’ did not carry it’s negative stigma until recently) continued to pick up steam as young DJ’s Axel Hedfors, Steve Angello and Sebastien Ingrosso that the torch was eventually passed to began to make a name for themselves.  While big names like Eric Prydz and Sharam continued dominate, it’s needless to say that this trio that later came known to be as the ‘Swedish House Mafia’ took things to another level and led the house music BOOM transpired circa 2010.  I mean, things got crazy.  It was really, really crazy.  Clubs were getting sold out by the dozens, VIP tables were up to 50 or 60k minimums regularly, and music festivals seemed to be popping up everywhere you looked.  There were fans of all ages from teenagers and millenials, young professionals to rich 45+ year old business moguls who were looking for a good time.  House music as it always has, did not discriminate.  During this time, brought under the Mafia’s wing was music producer and DJ aficionado ‘Dirty South’ aka Dragan Roganovic.  With many talented productions to his credit in his short career, he wasn’t officially part of the group, but they constantly spun at the same parties and were closely associated on many remixes.  While having a firm grip on his place in the industry, Dirty South wasn’t truly catapulted into ‘EDM Superstardom’ until his and Axwell’s remix of the Temper Trap’s “Sweet Disposition”.  And it was just about this time that in my opinion things in the industry began to take a turn for the worse.  The ‘Mainstream’ movement had arrived and it was large in numbers, it was powerful, and it had a lot money.  What we began to see happen was rather predictable.  As popularity skyrocketed, production quality went down, performance quality kinda went to shit and things seemed to become ‘all about the money’.  Was it that these artists, record labels and producers had to push out more ‘friendly’ type productions to not only meet the demand, but also to continue to attract newcomers to the genre – or was this just your typical money grab?  To me, it seemed that things just became too easy and in that process, the music lost quality and just became redundant.  Big synths, unneeded / corny vocals ran rampant and as demand increased, copycat producers came out of the woodwork.  Even with that, I continued to attend events.  And then began to loathe some of my favorite DJ’s.  Sooner rather than later though, the EDM bubble popped, The Swedish House Mafia broke up and the genre was set cleanse itself and go back to it’s roots.

But this would take time.  And time it did take.  And yesterday at the Delano Beach Club hotel, I witnessed Dragan get back to what made him great.  Now he might have been doing this again for quite sometime, as I have admittedly been out of the house music scene for about 2 or 3 years now.  Dirty South put together one of the most thought-provoking sets I’ve heard in a long, long time.  He hit us with all the high and low frequency sounds and samples you can think of from deep base and growly synths, to old school vocals and even guitar riffs.  I have yet to acquire footage of the event and I did not take any of it myself since I didn’t attend as press, nor was I even thinking about this blog.  I should have taken at least one video, it simply did not occur to me at the time.  I was more busy enjoying the tunes and re-immersing myself in a genre that I once loved. You can take listen to the track “Night Walks” off his newest album “XV”, which he did play and is a great example of what the set felt like.

So to those of you who experienced the same fate as I did and have yet to come back to things, now might be the time.  To those who have stayed with it and this isn’t really news to you – do look out for Dirty South WMC 2018 footage of his set at the Axtone Party at the Delano Beach Club in Miami, Florida.  Enjoy the conference!

Our Guide to Miami Music Week 2017