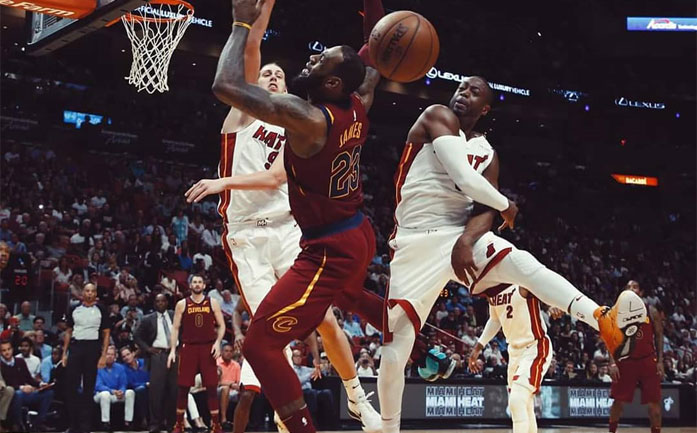 Yea ok, LolBron.  Then you wonder why people don’t like you which leads to your constant politicking for yourself.

Things that would make me like LeBron Raymone James…

Reporter: Lebron who would you vote for MVP?

Lebron: I’m not even thinkin about that. I’m thinkin about getting this team ready and some of these new faces better antiquated with our system for our playoff run, don’t ask me about that stuff, thats not important to me right now.

“I would vote for me. The body of work, how I’m doing it, what’s been happening with our team all year long, how we’ve got so many injuries and things of that nature, guys in and out, to be able to still keep this thing afloat, I definitely would vote me.”

C’mon man.  Really?  See notes on how to handle the media when achieving accolades.  The see LeBron’s response to being questioned in the finals.

Stephen Jackson even said it on FS1 that LeBron is the only superstar he’s ever seen who needs so much reassurance and self promotion that he is a superstar.  I don’t know what to do with this guy folks.

Zion Williamson is the Truth!!!