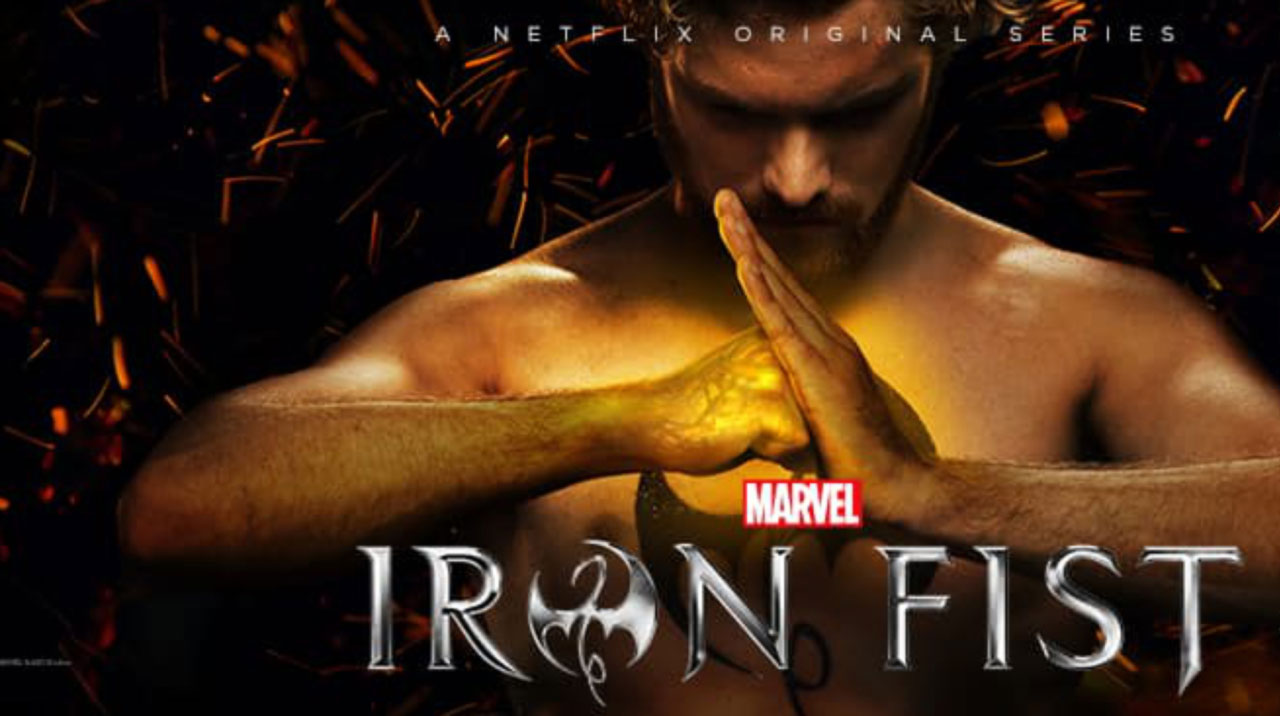 Ok, so I admittedly knew nothing about the Iron Fist prior to this, but since Marvel decided to pitch it to Netflix as its next series from a universe of superheroes I am all in.  Based on the success of Daredevil, Jessica Jones AND Luke Cage, I would be doing myself and my readers a disservice by not pitching in my own 2 cents.

Two episodes in and the “Marvel Forgiveness Initiative” is in full effect.  Very similar to the “Suspension of Disbelief”, what it means is I am being ever so forgiving of some corny lines and bad acting to allow the series and it’s plot to fully evolve before I begin making any judgments.  You know, let it get to the meat of the story .  In what is being introduced as a somewhat mysterious plot line where you really don’t know what is going to happen next, the series seems to be picking up some steam as our hero Danny Rand / The Iron Fist has confirmed that he is the sworn enemy of “The Hand”, which to anyone who has watched both seasons of the Daredevil series is definitely something that we want more of.  What we already do know is that Netflix and Marvel have already confirmed the release of “The Defenders”, which unites all of the Marvel/Netflix series superheroes in their own series.  This leaves me very assuming that this season’s story will continue to tie into The Defenders as a sub-plot.  That’s when Madam Gao showed up who is just a totally bad-ass villain and it was at that point I knew we were all in for a fun ride.

Finn Jones does a great job as the lead, although I can think of at least two dozen actors who can take the role of the Iron Fist and just as good if not an even better job – but it’s really Jessica Henwick that steals the show with her performance portraying Colleen Wing. The 23 year-old London born actress also known for her minor roll in ‘Game of Thrones’ does an amazing job playing along side Rosario Dawson who is back to feature her part as Clair Temple in the Marvel / Netflix universe.  I really couldn’t take my eyes off Henwick and she only got better as the series went on.

Update:  From what I’ve just learned, Henwick also had a part in Star Wars:  The Force Awakens which completes her “geekdom trifecta” (GOT, Star Wars, Iron Fist) – but also had to strongly consider taking the roll of Colleen Wing due to the controversy involved in the casting of Finn Jones as Danny Rand.  Apparently – Iron Fist was supposed cast as an Asian actor to remain consistent with the comic book?  Henwick eventually ended up taking the roll obviously, as her presence alone helps undo the ‘white-washing’ that we know goes on all too often in Hollywood.  (Look no further than Bradley Cooper and Emma Stone’s ‘Aloha’ which features Stone in the lead playing Hawaiian Army recruit Allison Ng… um, yah).

Anyhow, things really picked up around episode 5 or 6 which is not so bad as far as curves are concerned.  The high potential of Comic book / Superhero based movies or series warrants the slightly longer than usual hook.  I would trade that for the fall off that Luke Cage suffered.  Once Cottonmouth got killed off the season really took a hit.  I believe there’s a consensus that his death was premature.

Then comes episode 12.  Namely, the fight seen between Colleen Wing and a player to be named later.  I try to leave out the spoilers here as this review is also meant to introduce people to the series but if it takes watching this to reel you in it is worth it.  Director Andy Goddard ABSOLUTELY CRUSHES this scene.  Fight Scene choreography is an A+ for Marvel shows across the board, but this is one for the ages.  It is the lone fight scene in the first season where the entire score and soundtrack are turned completely off.  All you are left with is the sound of the rain as you are witnessing one of the main characters in the series face off against a super worthy opponent one which easily deems Wing as a heavy underdog.  See below but beware the spoilers 😛

So ya, like I said – pretty fucking intense.  Wrapping this up, it is important to note that a lot of the actors in supporting roles did a great job as well.  Jessica Stroup does a great job playing the attractive professional Joy Meachum, while Tom Pelfrey does a solid job playing her asshole super entitled brother.  Sacha Dawan is very strong in his roll as ‘Davos’, I actually really like how his character was introduced.  Last, but not least is David Wenham who plays the roll of Harold Meachum.  This is actually weird because as I watched it I thought it was a forgone conclusion that Wenham played Freddy Kruger.  Wenham is super, super creepy in his line delivery and although at times he is a bit corny, I though they had given him the roll strictly because he was Kruger and would bring a unique fan following to the series.  He makes a good villain and his role as villain will only increase in season 2 but the fact that he is NOT and has never PLAYED Freddy Kruger is befuddling.  When I went to google it I found this post as the 2nd search result.  It’s a blog post from 2007 in the Nightmare On Elm Street community blog of someone reflecting on the same exact topic. Super, super weird.  I guess he’s got the eye of the tiger too that guy ;).

I’m out folks.  Dubs / Cavs game 2 tonight.  Be good and I hope I enticed you to watch the series.